The Drenpa Namkha Foundation’s purpose is to expose people in the western world to the deep knowledge and traditions of Yungdrung Bön.

Yungdrung Bon has origins that trace back 16.000 years ago to Central Asia.

It’s core teachings consists of Sutra, Tantra and Dzogchen as well as many other healing methods. In total, there are 84.000 teachings that can be found in bönpo texts, giving it one of the most diverse libraries of any spiritual tradition in existence.

Yet, in spite of its textual wealth, only a handful of texts are typically taught in the west. Our foundation aims to introduce people in the West to various methods that have been previously unavailable – methods that can heal and strengthen virtually every aspect of human life.

We are currently in the early stages of several projects: the construction of sacred buildings as well as our publishing efforts. The latter will make texts and instructions available that were previously unknown to the West. Thanks to the support of the Foundation, this ancient knowledge will manifest for the benefit of current and future generations in the occident. 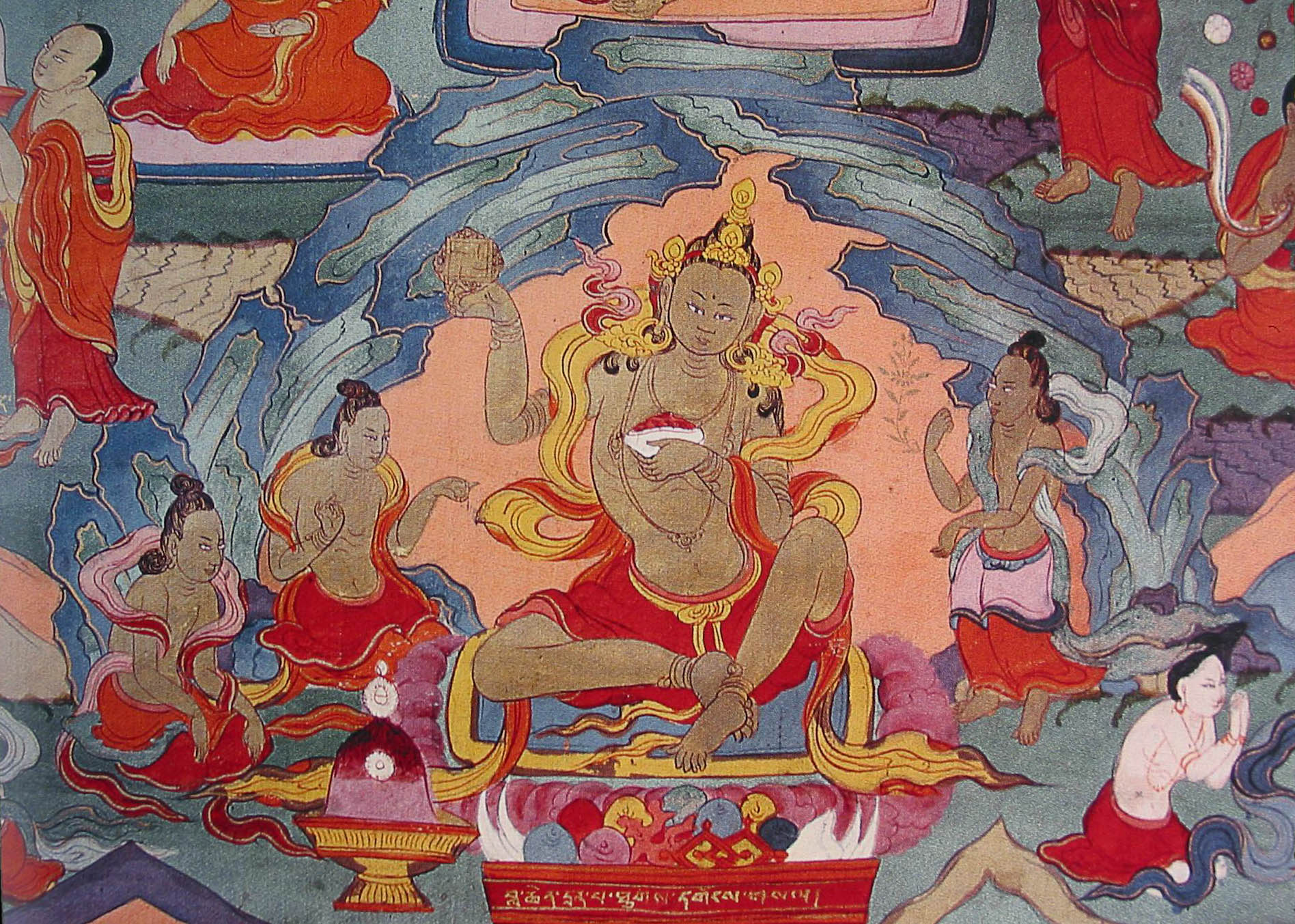 Drenpa Namkha was born in the eighth century near Mount Kailash in the capital of the ancient kingdom of Zhang Zhung, a city named Kyunglung Ngulkhar.

Drenpa Namkha was a great scholar and practitioner of Bön, and the supreme master of Sutra, Tantra and Dzogchen. He was actively involved in protecting the Bön teachings during a time of Bönpo persecution in Tibet, and was responsible for the preservation of the lineage.

As a teacher of yogis and yoginis, he led many practitioners to complete realization. One and a quarter millennia later, his teachings and inspiration remains to this day. It is in this vein, that the Foundation wishes to preserve Bön’s unique teachings, which are in danger of disappearing in our world.