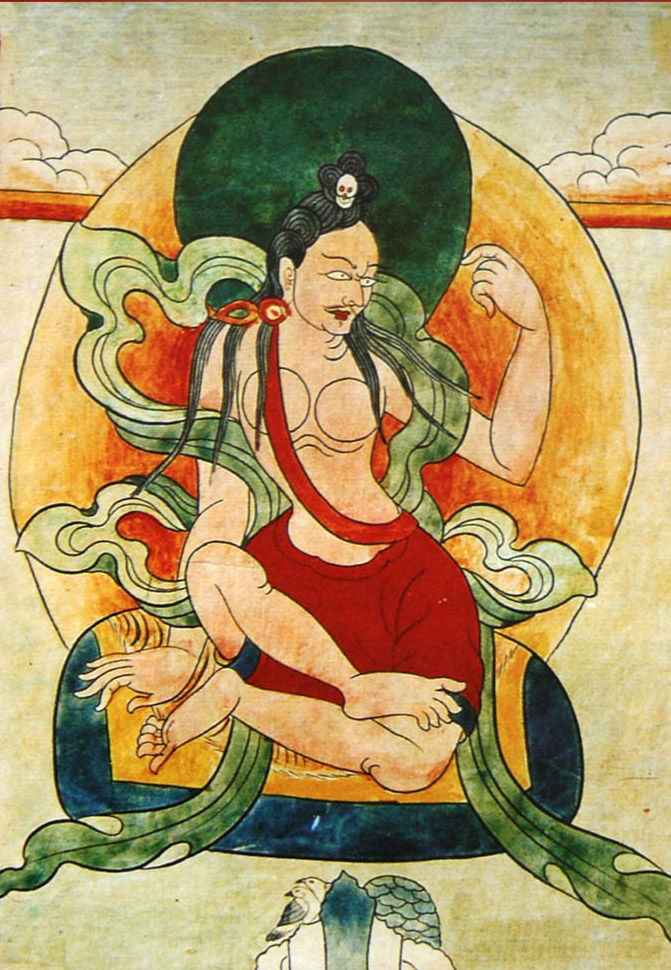 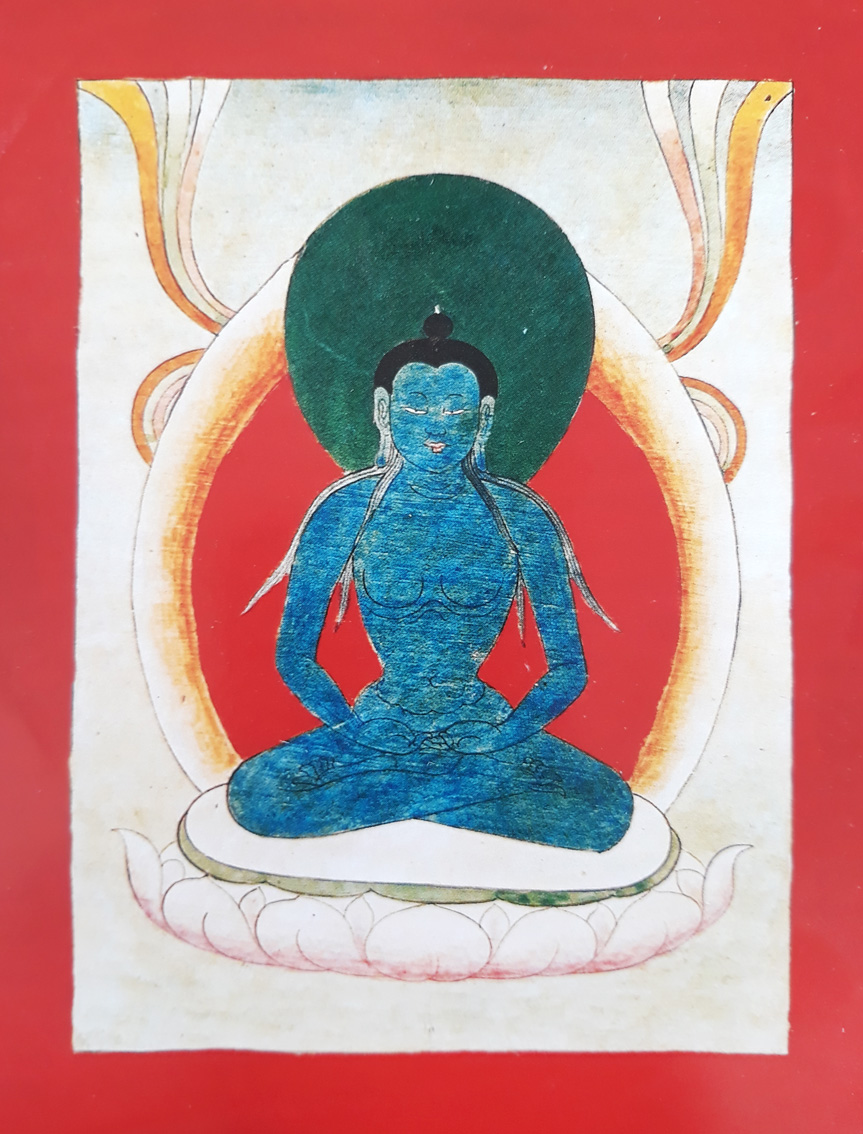 Zhang Zhung was once a powerful empire, whose borders encompassed what is now Western and Northern Tibet, with Mount Kailash at its center. The Bön religion was its official state religion. Thus, the “Experiential transmission of Zhang Zhung” are a collection Bönpo dzogchen teachings that originated from Zhang Zhung. It was originally a lineage of dzogchen teachings that was transmitted orally from master to disciple over twenty four subsequent masters. As such, the teachings were not written down for the entirety of the Zhang Zhung era.

This continued until Nangzher Lodpo received the dzogchen precepts from the great master Taphiritsa and was permitted to commit them to writing in the Zhang Zhung language (8th CE) –  they were written in blue turquoise on white conch shell.

Two centuries later, Ponchen Tsanpo translated the text into the Tibetan language for the benefit of his Tibetan disciples. Then, in the eleventh century, these precepts were collected from various sources in Western Tibet and Nepal and put into their present form by Orgom Kundul and Yangton Sherab Gyaltsan. Thus, the lineage has been continuous, never having been concealed due to persecution. Its transmission has remained unbroken up to the present day.