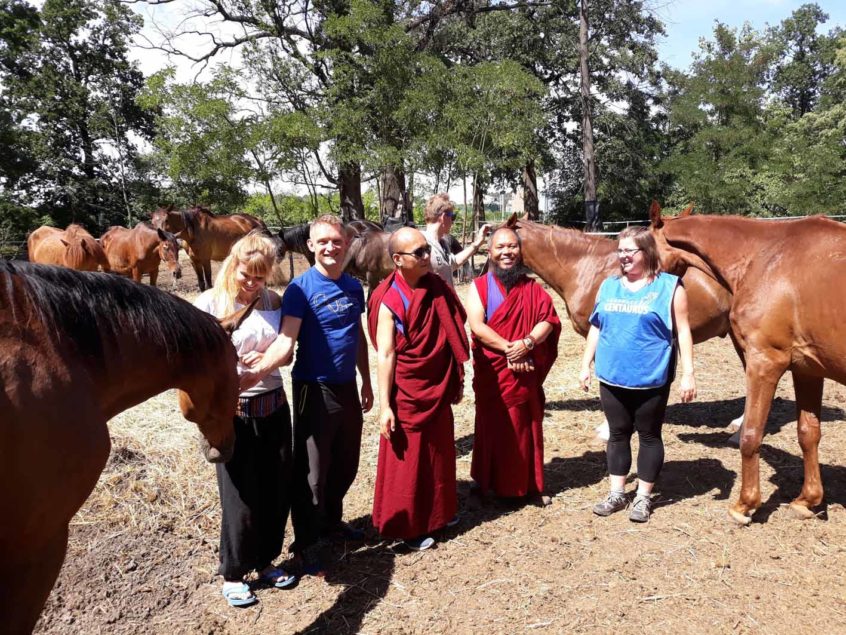 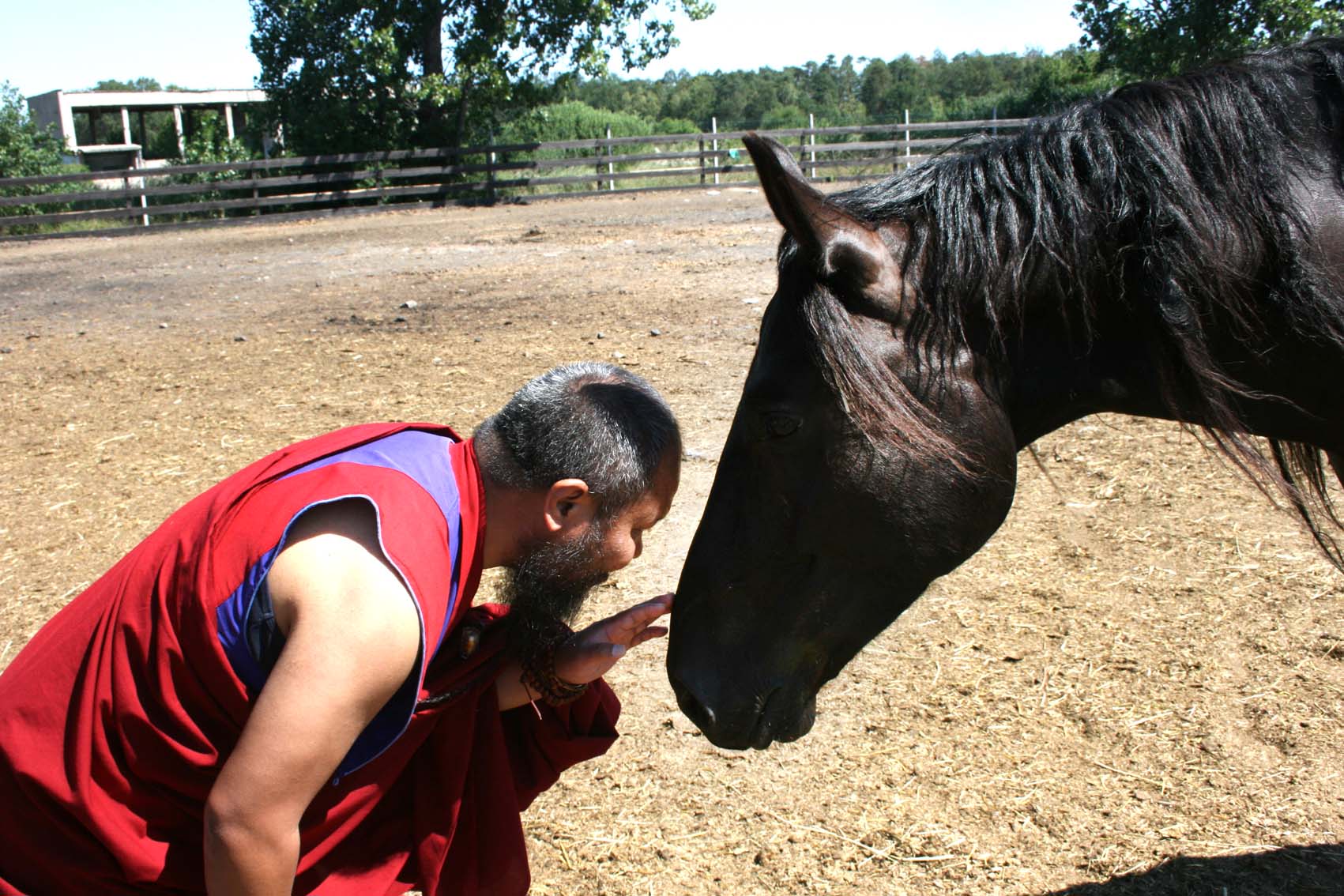 On July 7, 2018 on the initiative of the Drenpa Namkha Foundation two Geshes from Yungdrung Bon tradition, Geshe Nyima Woser Rinpoche and Geshe Yundrung Gyatso visited a special place belonging to the Centaurus Foundation in Szczedrzykowice in the province Lower Silesia, in Poland. On the territory of Folwark there are animals that, thanks to donors, were saved before death,among them there are about 400 horses, some goats, sheeps and other domestic animals.

The monks performed there Tse Thar ritual , a special prayer of releasing from lower realm. thanks to which animals received the cause for rebirth in the human form and a blessing connecting them with the teachings.
The merit of this ritual was entirely dedicated to the long life of His Eminence Menri Ponlob Trinley Nyima Rinpoche.
Galeria