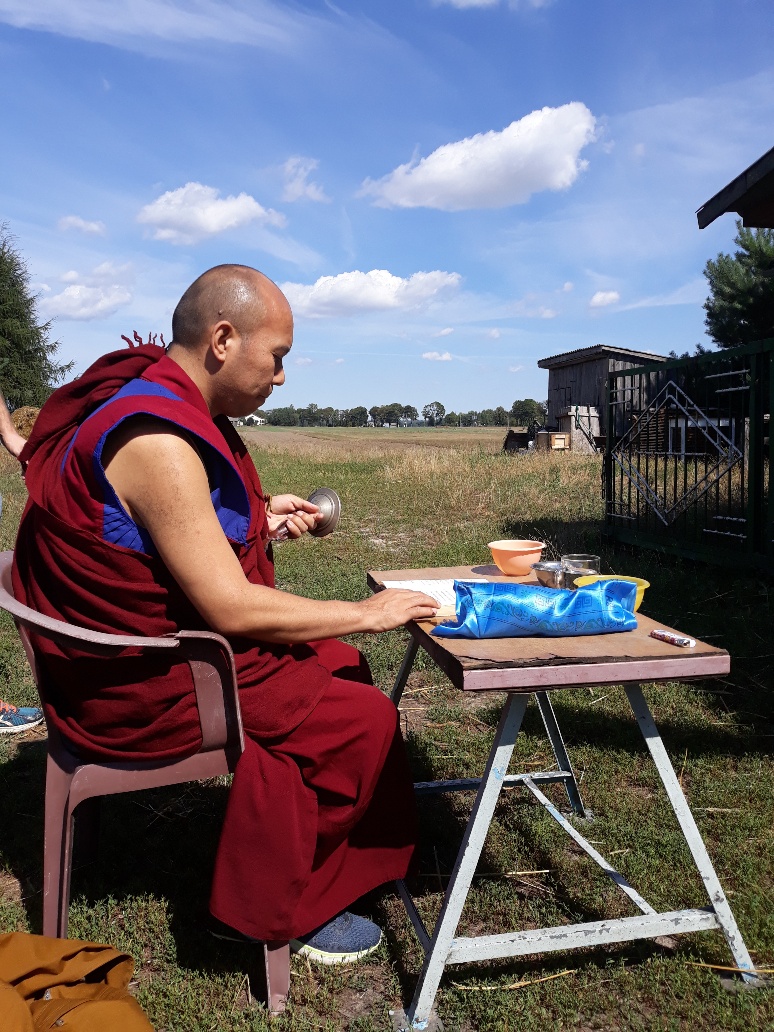 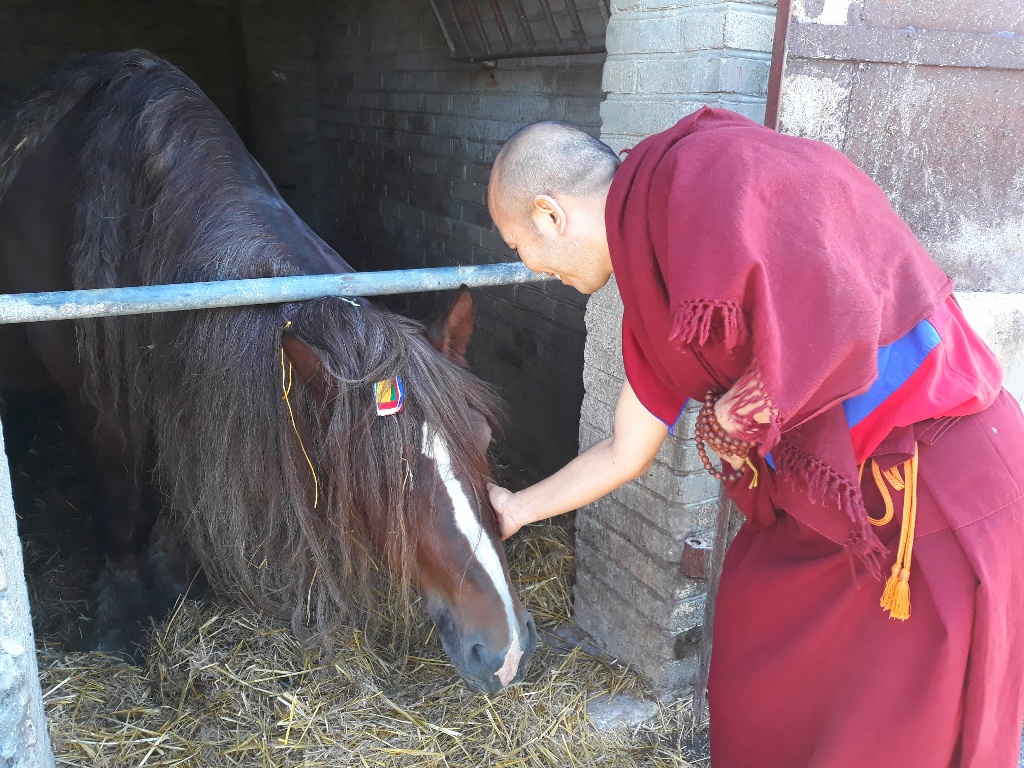 On August 12, 2018, on the initiative of the Foundation, the Tse Thar ritual took place in Jezioro in lubelszczyzna province, Poland.. The foundation bought there a horse named Azyl, for whom Geshe Yungdrung Gyatso personally performed a specal prayer Tse Thar. This ritual, thanks to it’s blessings establishes a karmic connection between the animal and the teachings, gives the animal opportunity to be reborn in the next life in the human world. Thanks to donors from USA and Poland, Azyl was saved from death.

In the teachings of the Bon, it is written that saving the life of animals and dedicating tprayers for them to be reborn in human form is a great merit, which additionally removes the cause for premature death to those who made it possible.
The horse is now owned by the Drenpa Namkha Foundation and will be under his protection until the end of his days. The Foundation will cover the entire cost of maintaining Azyl’s life.
All these positive actions are entirely dedicated to the long life of His Eminence Menri Ponlob Trinley Nyima Rinpoche.
Galeria